Men and Women in Ministry 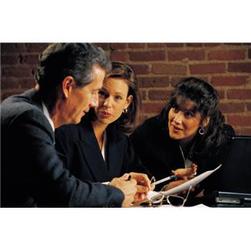 Biblical teaching about men and women in their role relationships and respective participation in religious activities was not based on contemporary cultural perceptions and practices. Careful historical studies have confirmed that this was true in both the Old and the New Testaments.

For example, our Lord Jesus Christ and his Apostles demonstrated by their teaching and actions that they held women in high esteem. Both men and women were taught by Christ and were among His followers. Both participated actively and broadly in the ministry of the early local church. This was in stark contrast to the religions and cultures of their time. Some contemporary Jewish rabbis even taught that women were incapable of learning.

This “counter-culture” approach was firmly and consistently grounded in the biblical teaching about the creation of mankind. The creation narrative reveals that although man and woman were given distinctive roles at the time of creation, they were created fully equal in essence and were co-rulers over nature.

In coming to conclusions about this subject, we must be careful not to take our cues either from the prevailing contemporary culture or from long-standing evangelical tradition. Conclusions must be based on a consistent interpretation of the Bible which we hold as our absolute, inerrant and timeless authority in matters of faith and practice.

Three New Testament passages explicitly set forth, under the inspiration of the Holy Spirit, the role relationship that should exist between men and women in the Church. They are 1 Timothy 2:11-15; 1 Corinthians 11:1-16 and 1 Corinthians 14:33b-38. The teaching on role relationships presented in these passages is consistent with the predominant pattern of all Scripture, both Old and New Testaments, and is not based on the personal opinions of the human author, local traditions or customs.[1] Neither is it founded upon Jewish rabbinical thought or cultural considerations of that era. Rather, in each case, it is based on a God-ordained role relationship established even before the fall of man into sin (1 Timothy 2:13; 1 Corinthians 11:8 & 9). This teaching on role relationships is presented as being the “Lord’s command” (1 Corinthians 14:37), and as such it must be considered as an authoritative revelation from God. It applies to all local churches in all cultures and eras (1 Corinthians 11:16; 14:33b).

The only distinction concerning the ministry of men and women in the church is the clear instruction that a woman is not “to teach or to have authority over a man” (1 Timothy 2:12; 1 Corinthians 14:33b & 34). We believe that this refers to the leadership role assigned to elders in the local church (sometimes referred to as the ruling-teaching office). The responsibilities set forth for the office of elders indicate that they are called upon to direct (Acts 20:28; 1 Timothy 5:17; 1 Peter 5:2), shepherd (Acts 20:28; 1 Peter 5:2) and teach (1 Timothy 3:2 & 5:17) the local congregation. However, according to Ephesians 4:11, teaching and shepherding (“pastor” means “shepherd”) are inherent in the pastoral function. Because these same responsibilities are also assigned to the elder role (see Acts 20:28; 1 Peter 5:2; 1 Timothy 3:2; 5:17), this indicates that the pastor is one of the elders whose primary responsibility is teaching. All elders (including pastors) are to be men according to the qualifications set forth in 1 Timothy 3:1-7 and Titus 1:5-9.

We conclude, therefore, that God has assigned to men alone the responsibilities of the eldership and pastoral roles.

We believe that “to have authority over a man” refers to participation in the leadership body (i.e. Board of Elders) of the local church which exercises spiritual oversight and the overall leadership of the life of the church as a whole. That is clearly the role of elders.

In a similar way “to teach … a man” refers to the teaching role of elders when they are called upon to ensure that correct doctrine is accurately defined and taught; that error is clearly exposed and refuted (cf. Acts 15:1-29, especially vv. 2 & 6). It does not refer to sharing the Word with one another, general exhortations, or leading a Bible discussion group.

However, Scripture never implies that men are in any way superior to women. Both are created in the image of God (Genesis 1:27). They are spiritually equal before God, have equal access to God for salvation by faith in Jesus Christ and are equally justified, sanctified and empowered for ministry. Just as Christ’s submission to God the Father did not in any way diminish the reality of His full deity (1 Corinthians 11:3), even so, submission to male leadership in no way diminishes the reality of a woman’s worth, equality to man or giftedness for service (see also 1 Peter 3:7).

Furthermore, the Bible teaches, demonstrates and implies that both men and women were involved in many of the ministries of the church:

Thus Scripture allows for and promotes the full use of gifts by women in the church but in contexts other than the ruling-teaching office.

Our present day culture asks us to consider Scriptural teaching on this subject as a reflection of past cultural standards rather than as God-ordained. We are being asked to revise our interpretation of Scripture in the light of present cultural trends. Some go so far as to say that the biblical authors were mistaken. Some Bible scholars also teach that since men and women were created equal, and since women have been gifted of God for leadership and teaching, the church should respect the principle of egalitarianism in function. According to these scholars, any attempt to prevent women from serving as elders and/or pastors is considered contrary to God’s creative order. According to them, such an attempt denies women the opportunity to use the gifts with which God has endowed them and promotes ongoing male domination of women which, they say, grew out of the fall and not out of God’s created order. Role distinctions are often seen as a clear case of sexual discrimination against women.

This egalitarian viewpoint has had serious consequences in society. Role relationships between men and women have been blurred and strained. Many men and women no longer know how to relate to each other in the home, the church and society at large. This viewpoint is contributing to the unraveling of the fabric of marriage. Men have reacted by reinforcing unhealthy domineering patterns or by passivity and even total abdication of their leadership responsibilities. Such abdication on the part of men has, at times, been the reason why women assumed responsibilities which God has given to men. This in turn has contributed to confusion concerning the sexual identities of men and women.

At the same time it is undeniable that many evils have been perpetrated and perpetuated by men who misunderstood the nature of God’s ordained order and/or who abused the authority which is inherent in that order. They have used their power and authority to suppress, mistreat and abuse women in the home, the church and society at large.

On the basis of biblical teaching, we believe that limiting the teaching-leadership office (eldership) to men in the church is established by God, not a reflection of culture. We also believe that God desires to see women serve freely in other ministries of the church.

Therefore, the Fellowship will not license or ordain women as pastors or recognize the credentials of those who have been so licensed or ordained elsewhere. We ask that no FEBC church hire a woman as pastor or select a woman for the office of elder. God has given these responsibilities to men.

At the same time we urge all FEBC churches to make sure that they do not limit the ministry of women beyond what is declared by the Scriptures and acknowledged in this document. Bylaws should be worded so that they do not unnecessarily equate other local church roles (i.e. church treasurer, music director, committee chairs, etc.) with the scripturally defined work of elders. At all times men and women in the ministry of the church are to be godly (“spiritual”) in their character and conduct in all roles of service they carry out in the church.

It is also important that a clear distinction be made in church bylaws between the eldership role (ruling-teaching office) and deacon-type roles (serving in some function other than the ruling-teaching office). According to Scripture, deacons are not synonymous with elders, neither are they called upon to give spiritual oversight and general leadership to a church (1 Timothy 3:8-13).

We gratefully acknowledge that women in our Fellowship have demonstrated their commitment to this role relationship established by God. We recognize that they have served faithfully in many roles other than the ruling-teaching office, and we wholeheartedly affirm them in these responsibilities. Our missionary women have accomplished much for the Kingdom of God, and we urge that they be given due support and recognition. We simply ask that they and their mission agencies carefully avoid violating the God-ordained role relationship for men and women in the church. Single women missionaries have found creative ways of respecting these role relationships even as they have participated in effective church planting ministries.

We call upon our local church leaders to carefully train men for spiritual leadership. We encourage youth workers to diligently train young men to assume and exercise godly leadership. We exhort the men in our churches to be willing to assume the responsibilities God has assigned to men.

Above all, we urge that all men who serve in the ruling-teaching office of our local churches do so with a true servant’s heart — seeking not to dominate men and women under their care but to affirm them in the ministry roles for which God has gifted them.

Note:  Those who wish to deepen their understanding of this subject are strongly encouraged to read the following books which are written by competent scholars who in a loving, consistent way, defend the viewpoints set forth in this position paper in a very thorough manner:

[1] This claim is made only for the teaching on role relationships presented in these passages. We do not understand cultural customs such as head coverings to be timeless commands from God. Rather, these are local customs which, in the culture of the day, reflected role relationships which are timeless.