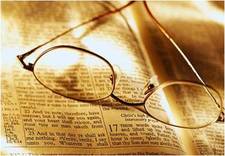 Based on our understanding of Biblical teachings, we affirm the following:

1.   Both Adam and Eve were created in God’s image, equal before God as persons and distinct in their manhood and womanhood.

2.   Distinctions in masculine and feminine roles are ordained by God as part of the created order, and should find an echo in every human heart.

3.   Adam’s headship in marriage was established by God before the Fall, and was not a result of sin.

4.   The Fall introduced distortions into the relationships between men and women.

•     In the church, sin inclines men toward a worldly love of power or an abdication of spiritual responsibility, and inclines women to resist limitations on their roles or to neglect the use of their gifts in appropriate ministries.

5.   The Old Testament, as well as the New Testament, manifests the equally high value and dignity which God attached to the roles of both men and women. Both Old and New Testaments also affirm the principle of male headship in the family and in the covenant community.

6.   Redemption in Christ aims at removing the distortions introduced by the curse.

•     In the church, redemption in Christ gives men and women an equal share in the blessings of salvation; nevertheless, some governing and teaching roles within the church are restricted to men.

7.   In all of life Christ is the supreme authority and guide for men and women, so that no earthly submission-domestic, religious, or civil-ever implies a mandate to follow a human authority into sin.

8.   In both men and women a heartfelt sense of call to ministry should never be used to set aside Biblical criteria for particular ministries. Rather, Biblical teaching should remain the authority for testing our subjective discernment of God’s will.

9.   With half the world’s population outside the reach of indigenous evangelism; with countless other lost people in those societies that have heard the gospel; with the stresses and miseries of sickness, malnutrition, homelessness, illiteracy, ignorance, aging, addiction, crime, incarceration, neuroses, and loneliness, no man or woman who feels a passion from God to make His grace known in word and deed need ever live without a fulfilling ministry for the glory of Christ and the good of this fallen world.

10. We are convinced that a denial or neglect of these principles will lead to increasingly destructive consequences in our families, our churches, and the culture at large.

We have been moved in our purpose by the following contemporary developments which we observe with deep concern:

1.   The widespread uncertainty and confusion in our culture regarding the complementary differences between masculinity and femininity;

2.   The tragic effects of this confusion in unraveling the fabric of marriage woven by God out of the beautiful and diverse strands of manhood and womanhood;

3.   The increasing promotion given to feminist egalitarianism with accompanying distortions or neglect of the glad harmony portrayed in Scripture between the loving, humble leadership of redeemed husbands and the intelligent, willing support of that leadership by redeemed wives;

4.   The widespread ambivalence regarding the values of motherhood, vocational homemaking, and the many ministries historically performed by women;

5.   The growing claims of legitimacy for sexual relationships which have Biblically and historically been considered illicit or perverse, and the increase in pornographic portrayal of human sexuality;

6.   The upsurge of physical and emotional abuse in the family;

7.   The emergence of roles for men and women in church leadership that do not conform to Biblical teaching but backfire in the crippling of Biblically faithful witness;

9.   The consequent threat to Biblical authority as the clarity of Scripture is jeopardized and the accessibility of its meaning to ordinary people is withdrawn into the restricted realm of technical ingenuity;

10. And behind all this the apparent accommodation of some within the church to the spirit of the age at the expense of winsome, radical Biblical authenticity which in the power of the Holy Spirit may reform rather than reflect our ailing culture.

Recognizing our own abiding sinfulness and fallibility, and acknowledging the genuine evangelical standing of many who do not agree with all of our convictions, nevertheless, moved by the preceding observations and by the hope that the noble Biblical vision of sexual complementarity may yet win the mind and heart of Christ’s church, we engage to pursue the following purposes:

1.   To study and set forth the Biblical view of the relationship between men and women, especially in the home and in the church.

2.   To promote the publication of scholarly and popular materials representing this view.

3.   To encourage the confidence of lay people to study and understand for themselves the teaching of Scripture, especially on the issue of relationships between men and women.

4.   To encourage the considered and sensitive application of this Biblical view in the appropriate spheres of life.

•     to bring healing to persons and relationships injured by an inadequate grasp of God’s will concerning manhood and womanhood,

•     to help both men and women realize their full ministry potential through a true understanding and practice of their God-given roles,

•     and to promote the spread of the gospel among all peoples by fostering a biblical wholeness in relationships that will attract a fractured world.